Although it’s been a few years since the publication of Cary Grant: A Celebration of Style

by Richard Torregrossa, I thought it timely to revisit CG’s legacy. In particular, I had recently finished reading two memoirs of CG, one by his wife Dyan Cannon and another by his only child, Jennifer Grant.

As I was reading the memoirs, I naturally noticed occasional references to CG’s clothing and style and decided to check in with Mr. Torregrossa who has written the definitive treatment of Grant’s status as a style icon. Below is the interview I had recently with him. 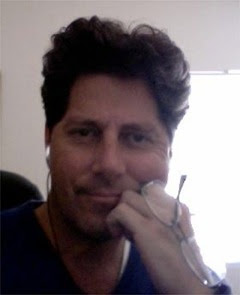 1. What was the most challenging part of researching and writing about Cary Grant?

Getting people like Tom Wolfe and Ralph Lauren and even his tailors as well as other people who knew him to talk.

Whenever he was asked about his success, he said, I was lucky. He also joked that he wanted that on his tombstone. As talented and as hard working as he was, timing in life plays a huge role and he knew it. It shows to me at least that he was a realist, that it was not all about him, that there were other forces at work and he was aware of that. His was a controlling nature but he strived to overcome that, to let go, and although it took him a long time, he eventually did, and it made him a changed and happier man, at least according to what he thought.

3. Did you leave any interesting materials, anecdotes or photos for the book on the cutting room floor due to space constraints?

Yes, I did. I’ve since published them in other outlets. For instance, Arnold Grayson, a Savile Row tailor, contacted me because he admired the book and told me about how he came to make a suit for CG–a yellow mohair number. He was nice enough to send me the pattern. I think the article is still on CaryGrant.net.

4. I am curious to know if you managed to view any of CG’s wardrobe in person. If so, what did you see?

Just a few things like his Pierre Cardin folding reading glasses, some cufflinks, a bow tie.

5. What is the favorite photo of CG featured in your book?

I think the one on page 12 that was taken in the South of France. He’s wearing an ascot and it’s a very casual and elegant look. We associate CG with proper suits, very buttoned-up and almost geometrically precise, but here he shows that he can dress comfortably but with flair. He looks very relaxed but very stylist. 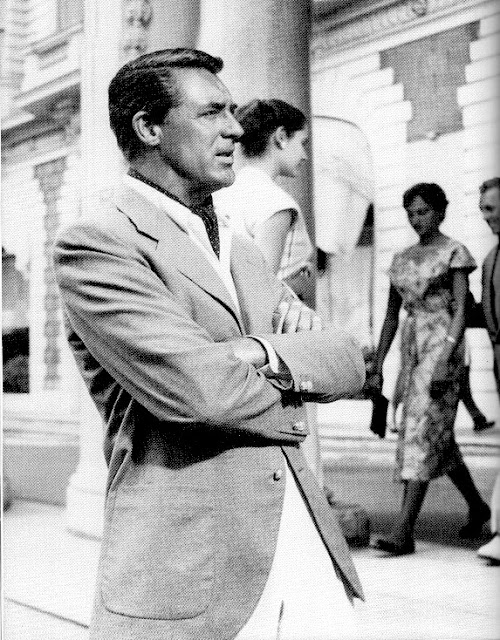 6. Besides CG, who else do you place in the pantheon of male style icons?

Tom Wolfe, Gay Talese—those cats really know their menswear and have been practicing the art for a very long time. They’re writers of course so they don’t get as much exposure as the Hollywood types but they are worth looking at because they evince a fascinating confluence between literary and sartorial style—style as an enriching ritual, a way of making life better, not just as an attention-getting pose, an act of vanity, or an act of vanity.

7. Has your perception of CG changed in any way since the publication of your book?

Not really. I’m pleased to say that I still admire him enormously. He started off poor and without any opportunities but through hard work as well as talent–but I mean A LOT of hard work–he achieved not only professional but personal success, but it took him a long time. That was a very inspirational journey to take.

8. Dyan Cannon describes CG as a “seeker”. That makes sense to me based on what I’ve read about the man and it seems to apply even to his clothes. As you describe in your book, CG wasn’t a fashion “purist” but shopped variously in Savile Row, Hong Kong as well as the Robinsons department store in Beverly Hills. To what extent do you seem him being a “seeker” as it relates to his clothes and style?

I don’t really see him as a ‘seeker.’ He’d hate that term; too pretentious. He was a professional, a perfectionist, striving to do his best in any situation. He was very passionate about clothes, so if he saw something in a shop window, he’d pop in and have a look, maybe make a purchase. If he saw a man in a well-cut suit, he’d ask him who his tailor was and then go visit that tailor and maybe have a suit made. It was all about aesthetics, pure and simple.

9. In your book, you quote Grant citing a number of English influences on his style including A.E. Matthews, Noel Coward, Jack Buchanan, Douglas Fairbanks, Cole Porter and Freddie Lonsdale. Who or what do you think was the single most important influence on his sense of style?

That’s the interesting thing. He never aped another man’s style; he cherry picked from all of them and knew what would and wouldn’t work on him. That was his genius.

10. To what extent do you think CG’s sense of style evolved? It certainly seems to have evolved after his arrival in the states and as he matured in his career. But one also has the sense that the public most strongly associates him with a specific range of looks, especially his Hitchcock films during the 1950s (even more specifically his suit in North by Northwest). Do you agree? Any theories on why that might be?

He said his look did evolve. Over the years he simplified things, became a staunch minimalist, and you can see that in North by Northwest. Just a very simple suit and tie but very well cut and flattering. Compare that to the 3pc suits with all the trimmings in the 1940s. It’s a radical change, but a striking and successful one. And a lot has been written how he never followed the reigning fashion of the day. Well, that’s simply not true. He certainly wasn’t wearing those wide lapels of the 1940s in the 1960s. But whatever he wore he always maintained his Cary Grantness.

11. You write that Hitchcock trusted CG to select his own wardrobe in his films. To your knowledge, did CG have the same arrangement with other directors?

In the early days of his career Hollywood studios did not have big wardrobe departments for men. They were reserved for the women, so a man was hired in Hollywood because he was well dressed, elegant, so an aspiring actor had to know about menswear, what looked good on him, what didn’t. CG had a clause in most of his contracts that the studio paid for his clothes but he got to keep them when the picture wrapped.

12. Which film or set of films do you see CG being at the peak of his sartorial powers?

Certainly North by Northwest. Notorious. To Catch a Thief. His Girl Friday. A lot of his sartorial power derives from the fact that he kept in shape, always looked remarkably fit and agile, even when he retired from movies. A lean body is very forgiving when it comes to wearing clothes.

13. Finally, are you working on any interesting book projects that you can share with my readers?

Yes, I’m speaking at an academic symposium in Florence, Italy called Past Dress Future Fashion. My paper is entitled “Looking to Past Icons for Future Inspiration: Cary Grant and the Revival of Bespoke Tailoring.” I’m also still working on George Clooney: A Celebration of Style.

2 thoughts on “Revisiting Cary Grant: An interview with Richard Torregrossa”