The ubiquitous trenchcoat and the ultimate hold-all

Casablanca is probably the first film that comes to mind when one thinks of trenchcoats, in particular the final scene with Bogart and Bergman. But Le Cercle Rouge (Red Circle) beats it in terms of the sheer number of appearances the trenchcoat makes in a film. In no other film that I’m aware of does the trench coat seem so “entrenched”, as it were. In nearly every outdoors scene and a good percentage of the interior scenes, the lead protagonists and their counterparts often wear a trenchcoat, or occasionally a dark Chesterfield overcoat. 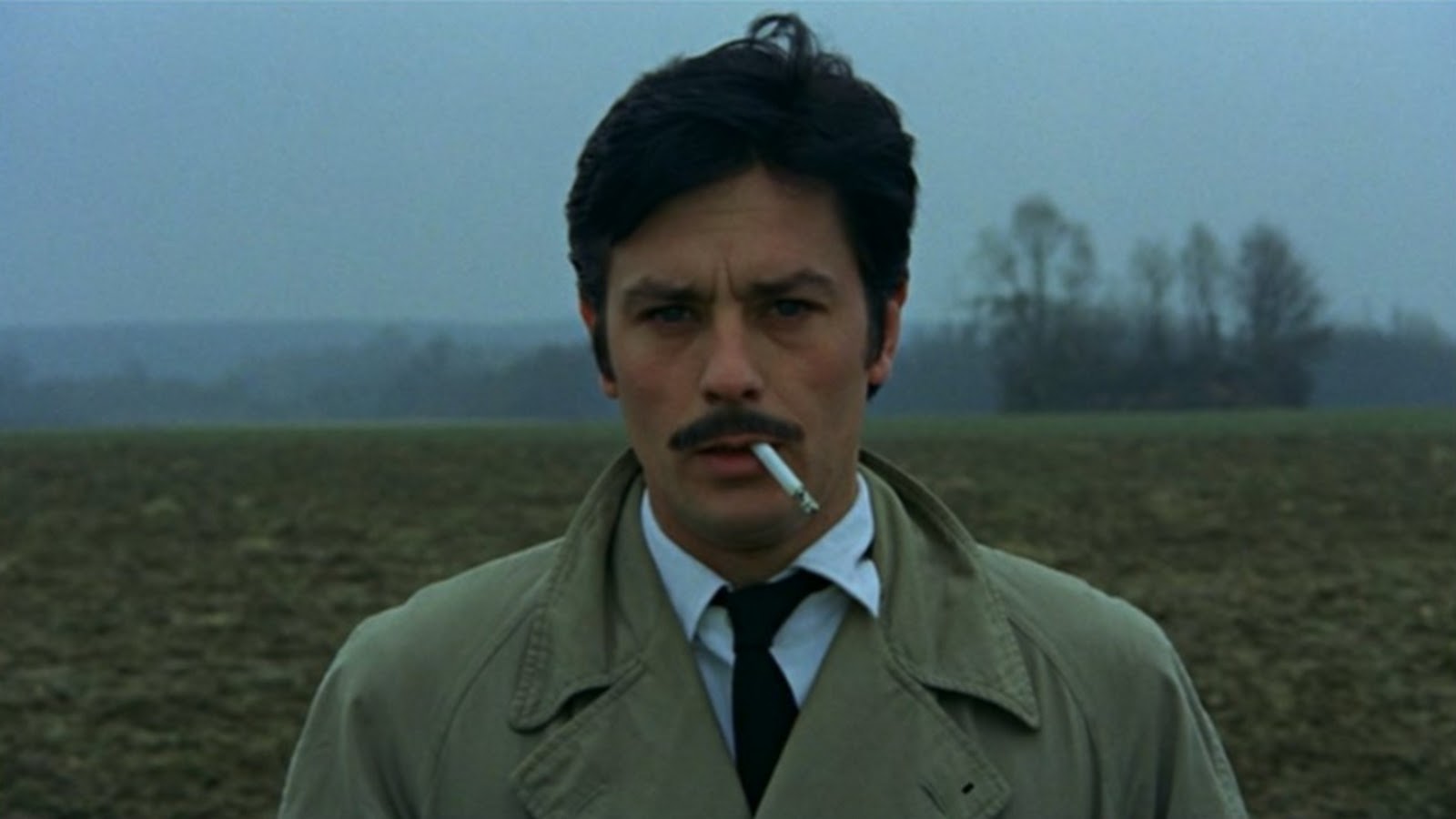 Also, unusually for a film, luggage plays a leading role. In this case, the luggage to watch for are two enormous Louis Vuitton steamer trunks and two beautiful chestnut finish leather hold-alls. The former belongs to a washed up cop who teams up with Alain Delon and his cronies in a jewelry heist. The latter is where the pilfered jewelry makes it home. The hold-alls feature straps at the ends that attach to the handle.

In the film’s concluding scene, the hold-alls go along for a punishing run in a soggy field where the holders of the hold-alls meet their slippery demise.

A call to readers – I have tried to research the maker of those hold-all bags but to no avail. If you know anything about their make or manufacture, please share.